Your law of attraction limiting beliefs are what you have convinced yourself is likely to keep you from what you want. Consider anything you want to manifest– and dream BIG. Don’t say you want a new car, but think of your dream car. Now think about limiting beliefs you have about that dream.

Maybe you think you can never have that car because of how much it costs, or because your current job doesn’t allow for saving the money, or because it isn’t logical for you. These are limiting beliefs. This is how your law of attraction limiting beliefs limit your ability to manifest with the law of attraction. You have told yourself that you can’t have it. So let’s identify those self imposed limitations.

The easiest way to know what your limiting beliefs are is to look at the words you choose to use. Any time you think “I can’t”, just write down the same statement with “I can”, even if you don’t believe it. Notice the difference in how each statement feels. Say it out loud. Pay attention to the signals your body physically gives you.

An interesting one is “I shouldn’t” because it puts a lot of doubt in your head, but isn’t quite as transparent as “I don’t” or “I won’t”. This limiting belief is less about knowing you are unable to do something, but that you don’t know if it’s the right path for you, or you feel like it may or may not be good for you. It is still a negative word that should be avoided. The roots of “I shouldn’t” are usually based on the opinion of others.

This is a really fast way to put doubt in your mind and let your limiting beliefs overshadow what you are trying to manifest. Any time you say or think “I’m not”, switch it to “I am”. All journaling and scripting for law of attraction should be in the I Am, as if you have already achieved what you want to attract into your life. Again, notice the difference in the emotions and feelings when you say those two different statements out loud. Practice this and pay attention to those physical signals.

When you say this, you are telling the universe that you will never achieve something. It is more the intention before you even explore what your limiting beliefs are. And the law of attraction will deliver super fast on this limiting belief!

The more you put this into practice, the easier it is to identify and eliminate those limiting beliefs that are preventing the law of attraction of working in your favor.

Still having issues? See if you’re making any of these mistakes also.

Does the Law of Attraction Work? 2 Basic Clues To Look For 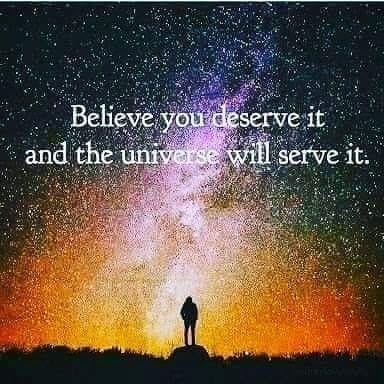 Law of Attraction Faith: 3 Vital Steps To Having Faith

4 Simple Ways to Elevate Your Law Of Attraction Vibration